This is the web site of Joe Johnston [ resume ], a software architect and team leader in the Greater Boston area with over two decades of industry experience developing web applications for the Cloud, Intranet, and Desktop using many Open Source tools.

This site embraces indieweb. Take back control of your content.

Jon Stewart has left the building 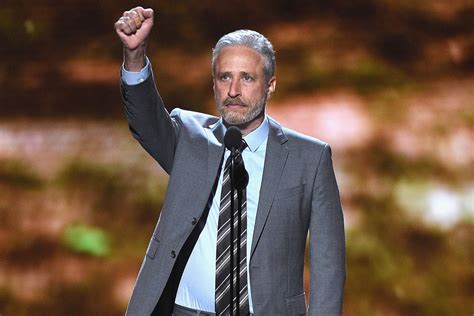 Jon Stewart appeared to be backing the racist, debunked idea that COVID-19 was made in a Wuhan science lab on the very first Late Show filmed in front of a full audience in more than 400 days.

On the one hand, this is just a drop in the ocean that is “people being wrong in public” problem that is the scourge of our Information Economy times. Further, to speak unpopular or even wrong ideas is (in the U.S.) a fiercely protected right. Lastly, history has shown us enumerable examples of smart people holding odious beliefs. Humans are complicated, yet we seem to pretend that they are not.

If you believe that the Chinese government manufactured COVID-19, there is little I can do change your mind. But, here is Rebecca Watson speaking about this very topic and why the consensus of virologists who have studied this pathogen do not see evidence of human manufacture.

I am old enough to know this will change almost no one’s belief on this, but it is there for those with an open mind.

But this particular person espousing this particular conspiracy theory is disquieting. Stewart was, during the Bush years, a fact-checking juggernaut. Sure, he had a research staff then and yes, I was happy to hear neo-conservative propaganda trashed. But it seemed then and seems even now that Stewart is a pro-little-guy and pro-truth crusader. His decades-long work for getting benefits for 9-11 first responders is a testament to this.

Now, take that guy off the air, fire the fact-checking team and stick him on a farm for several years and you have a very ordinary rich guy free to consume media that feeds his preconceptions, just like Mike the MyPillow guy or Elon Musk or the former president. Then recall that, like all public figures, Stewart likes an audience and that “hot-takes” are the currency of the same, should we be that surprised to see him digging in on a controversial position?

I hope that Stewart’s performance was a Kaufman-esque stunt. That Stewart wanted to point out the criticality of media literacy in a world where monied interests lie to the public. But I am not holding out a lot of hope for this outcome.

Much is made on the political Right of how the Left is turning into Thought Police who mandate a party line (which is an irony so rich I trust I need not point it out). As Stewart gets called out for supporting a debunked idea promulgated mostly by zealot supporters of the former president, it is important to remember the challenge of epistemology. How do we know what we know? We all have to defer to the considered, professional opinions of those technocrats who study the subjects that we do not. Do these experts get it wrong sometimes? They do, but at a much lower frequency than non-experts do. If not, then there is no reason to have experts at all. An expert opinion can be and should be challenged in good faith. But most of the time, the experts are closer to the truth than anyone else. Reality is not obliged to agree with our preconceptions or crazy ideas.

Still, this example of a dude being wrong in public hurts.